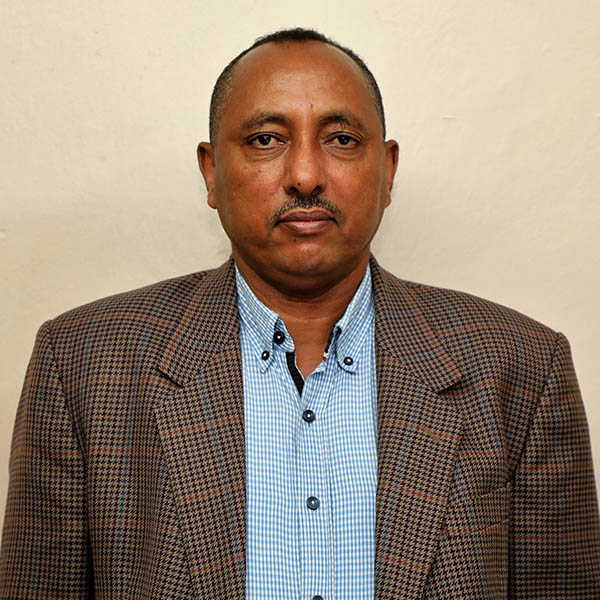 Professor Ajebu Nurfeta’s carrier started at the then Awassa Junior College of Agriculture (now Hawasa University), where he was graduated with a diploma (distinction) in

Animal Science and Technology in 1986. After 7 years of service in the college, he went to the United Kingdom through scholarship obtained from GTZ/DAAD and obtained BSc, Hons (1993-1996), and MSc (1996-1997) from the University of Reading, UK, and graduated in Animal Science and Dairy Animal Science, respectively. Then he came back to his institution and served as a lecturer for 6 years teaching courses in his field of specialization.

In 2004 he joined the Norwegian University of Life Sciences for his PhD through the scholarship from NORAD and completed his study to join Hawassa University as an assistant professor in 2008. He was promoted to the rank of associate professor (January 27, 2012) and professor from February 12, 2015, both accelerated. He attended short courses in the Netherlands, Israel, Sweden, South Africa, Scotland and Norway which were related to his fields. He had an opportunity to obtain a visiting postdoctoral fellow and visiting researcher in Germany (4 months) and Norway (1 month), respectively.

He served the college as acting head of School of Animal and Range Sciences, Head of Quality Assurance of the College of Agriculture, Coordinator of Research and Graduate Studies of the college and dean of the College of Agriculture. He served as a member of the senate executive committee and member of Hawassa university senate. Currently, he is a section editor (animal feeds and nutrition) of the Ethiopian Journal of Animal Production.

His research interest is in feed resources assessments and feeding mainly on poultry, sheep, goats and dairy. He was involved in a number of researches in the area of climate change and nutrition-parasite interaction. He has published over 100 as journal+ articles, books and proceedings. He advised large number of MSc and PhD students. He was involved as a co-investigator in different international Projects supported by Biotechnology and Biological Sciences Research Council and Department of International Development (Scotland), completed; International Atomic Agency (on-going), Bill and Melinda Gates (on-going) and NORAD (completed). In addition, he was executing many research projects supported by the university and national research system.

He was involved as an external examiner for PhD candidates internationally (Norway, South Africa and Zimbabwe) and nationally for many candidates.