Hawassa University has entered a Memorandum of Understanding with NGDO Catalan Association for Cooperation, Sport, Development and Education (ACCeDE) 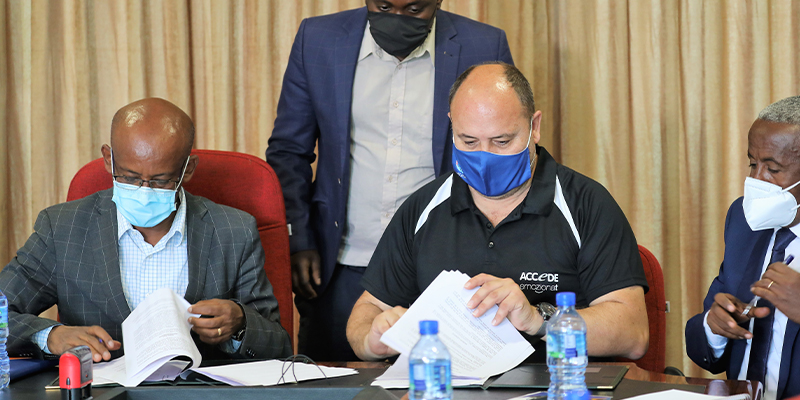 The collaboration program between Hawassa University and ACCeDE aimed to promote education through sport.

Dr. Eng. Fisiha mentioned that the aim of ACCeDE is consistent with the works of Hawassa University since both has an aim to promote education through sport as an element of development of the education and particularly facilitating access to the practice of sport to citizens at the youngest ages. Further, Dr. Fisiha stated that this collaboration opens a vital role in satisfying the public interest of promoting physical activity and sport among youth, academics and citizens in general.

On the one hand, NGDO Catalan Association for Cooperation, Sport, Development and Education, hereinafter ACCeDE, D. Xavier Esteban Martín acting in accordance with his appointment as President, in the name and on behalf of ACCeDE, registered with the Catalan Agency for Development Cooperation under number 424/2010, domiciled in Gavà, Rambla Pompeu I Fabra, has made a presentation to invited persons from Hawassa University and others. The representative from ACCeDE stated that promoting the value of physical activity and sport as an important part of the development of Ethiopian society to make sport a habit in the daily lives of the people.

The head of Ethio-Gavà in Ethiopia, Mr. Yimer Haile in his turn mentioned that they would carry out the necessary technical and training meetings with the coaches and technical managers of the Hawassa University to jointly organize and teach the theoretical and practical classes of an "International Course on sports methodology and basketball". In this regard, Mr. Yimer stated that both Hawassa University and ACCeDE will jointly draw up a work plan containing the objectives, project contents, the coordination, the mechanisms for ACCeDE's technical advice, the working documents and the monitoring and control tools.

Finally, both ACCeDE and Hawassa University have signed MOU agreement for establishing a mutual collaboration to promote education through sport. 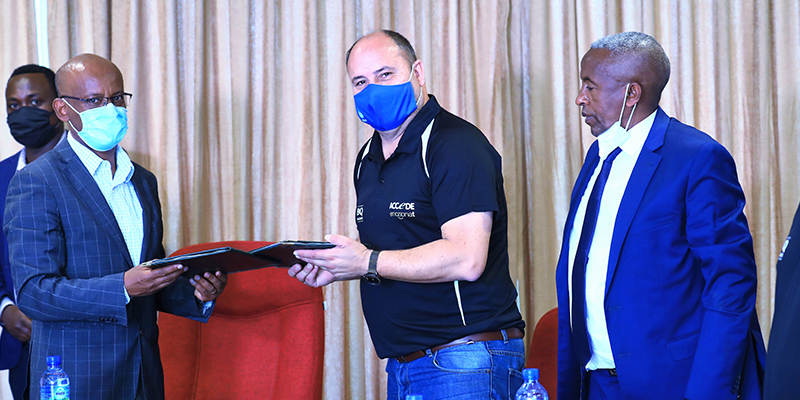